It started badly because I was sick for about a month. That made me late in my self-imposed deadlines, but they were only self-imposed.

I published Dark Deeds in February and Scattered Seeds in September.

Book 3 for A Changed World is outlined and I plan a fall release.

The first book in the new series, Transmutation, is in the first rewrite and will go to the 2nd reader in about a week. I plan to submit this story to Kindle Scout in the spring. You will be hearing more about this along the way.

As an experiment, I pulled Lethal Season and Scattered Seeds out of wide distribution and put them in the KDP Select program. Every month since has seen an increase in pages read. That translates into increased income for me, but more importantly, it is more people reading my books. I've sold 60 books and have almost 6,000 Pages-read for the year, not counting December (which looks very good so far!).

In comparison, I have some books in wide distribution in Smashwords and Draft2Digital. I have sold 1 book through Smashwords for the whole year. I loaded books into D2D in September and have had only 1 sale there so far.

My sales and reads might not seem remarkable, but they are an improvement over last year. I am getting a smidge more revenue and that's exciting. Not ready to quit the day job, yet, but it is a step on the way. As a new author it is so difficult to get found. KDP Select seems to be helping with that.

The garden gave me an excellent harvest. My new raised beds seem to be working well. There were a few fumbles and failures, but that is to be expected. The weather has been so warm in my part of the country that I am still harvesting goodies. I decided to try some fall veggies this year and they are thriving despite the excess rain and lack of sun.

All in all a good year for me. Looking forward to the challenges and victories of 2016.
Posted by Alice Sabo at 10:28 AM No comments: 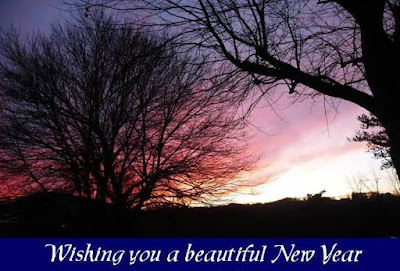 Posted by Alice Sabo at 9:45 AM No comments: 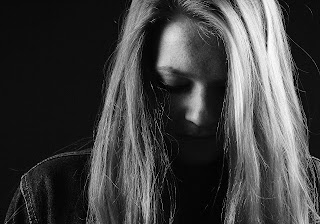 I was watching Childhood's End last night and a highly emotional moment was brushed over too quickly. The character, Ricky, chooses to make a tremendous sacrifice that will impact his life terribly. There was a spurt of action and then it was over and on to another POV.

That felt all kinds of wrong to me.

First of all, no one acknowledges the sacrifice. Ricky is dying. He is young and newly married to Ellie. He is offered medicine that will cure him. That in itself was handled very blithely. He didn't seem to care much either way when the alien gives him some sort of magical cure. As they talk he puts the medicine on the work bench.

Ellie and the religious woman arrive on the scene. Neither knows about the medicine. There is a confrontation and the alien is shot, crumples and appears to die. Ricky runs over and gets the medicine to cure him. He's been told there was only enough for the one dose. So Ricky chooses to use this medicine, the only cure for his illness, to save the alien's life. But no one knows what it is, so neither woman makes any comment or move to stop him.

The alien is saved and bang we go off to another plot line.

I thought Ricky's sacrifice fell flat because no one was there to witness it or mourn for his loss. If Ellie had seen it, we could have felt the loss so much more through her eyes. She would have argued for him to keep it for himself. And we could have seen his reasons for why he thought the alien's life was more important than living out his life with his wife.

The alien doesn't acknowledge the gift. I don't know how this was originally written, but if I was writing it, I'd put it up to the innate selflessness of humanity. The alien should have reacted in some way. Even if he came back and said it didn't matter. The lack of reaction was disappointing.

Ricky and the alien seem to have become friends. The alien tries to soften some of Ricky's difficulties. He should have been surprised and grateful to Ricky for saving his life. This could have been more pivotal in their relationship.

Even to keep the sacrifice private, just between Ricky and the audience, would have worked if there had been a bit of internal dialog. Maybe a glance at the medicine and a glance to his wife. Something to indicate his understanding of what he is giving up. The scene was too fast and too short for something so important. He seemed to not care about the cure and gave it away too easily.

Emotional moments need to have enough time to sink in. A witness, or internal dialog, needs to settle them into the reader/viewer's mind. If they go by too fast, they have no lasting meaning. 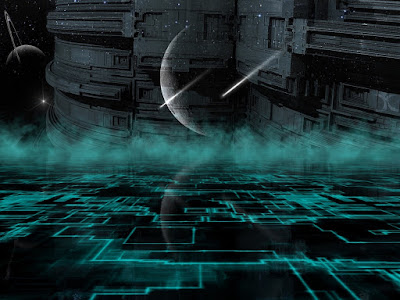 Fretting about the science in my story was pointless because it doesn't affect the plot. I came up with a few simple answers to things. That released me to write the story about the characters and the events that change their lives, which is the story I wanted to tell. Somehow it gave me permission to write in my own voice about people I made up in a story that interested me. What a relief.
Posted by Alice Sabo at 9:02 AM No comments: 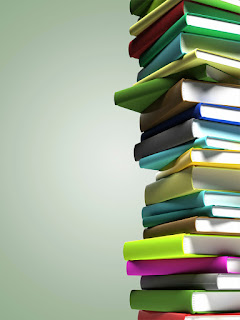 The Goodreads Giveaway for Scattered Seeds isn't working out as well as I'd hoped. It's been 3 weeks since I mailed the books. Still a little early for any reviews, but I'm not expecting many. I went to check my Amazon page and discovered 6 used books for sale.

Since I've only sold 1 print book, and that's in the UK, they can only be the books I sent out. So of the 10 people that "won" my book, 6 have sold them to used book stores.

If the remaining 4 people read the books and review them, I will be delighted. But I'm not holding my breath.

I debated having a giveaway. On one hand, it's a 2nd book in a series, so that limits the audience. On the other hand, it could interest people in buying book 1 (the ebook is only .99) But this isn't the first time I've found gifted books for sale. It's disappointing, but there's nothing you can do about it.

In the future, I don't think I'll be doing a giveaway through Goodreads. Seems like there are too many people who are signing up for the wrong reasons.
Posted by Alice Sabo at 12:27 PM No comments: