When a twist becomes a break 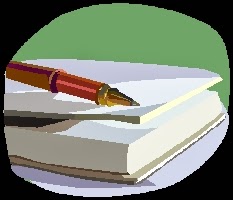 I just finished reading The House on Durrow Street by Galen Beckett (book 2 of the Mrs. Quent series). It's a gentle adventure that I describe as Jane Austin on another planet, with magic. There's a lot more to it. I enjoyed it as a total departure from some of the dark Urban Fantasy I had been reading. Especially because I trusted this author not to deviate from the tone he had set. There was adventure and danger but nothing too gory or brutal. In fact there was a point where I was sure that my favorite character was about to be captured and tortured, but no, it didn't happen. I was heartily glad that it didn't because that was why I was reading the second book in the series. I knew/hoped this author wouldn't change midstream.

Now let me wade in on Downton. **Spoiler alert**

I love my hour of Downton on Sunday nights. The last episode let me down badly. The show has been about society and family, relationships and conflicts, tragedy and perseverance. The rape doesn't fit. It was so brutal I am still stewing about it 4 days later. And they did it to a sweet character. It broke my connection as a fan. I am disappointed, horrified and wondering if I will continue to watch the show. They didn't just violate the character, they violated my expectations.

I read about twists and reversals and various ways to make a story more interesting. But sometimes I think that it's the writers or the actors that are bored with the action, not the fans. I watch period drama to see people being conniving and manipulative in an elegant manner. If I wanted brutality, I'd stick to crime shows. I think that, in an effort to remain fresh, writers step outside of the original premise. They forget why the fans came to the show in the first place.

Somewhere I read a quote about writing that has stayed with me. The first chapter of a book is a promise to the reader. It tells you what the book is about. I have run across some bad examples of that. If the first chapter is a raging battle against Evil and the rest of the story is a romance, you've broken your promise to the reader. And without a doubt they will no longer trust you as a storyteller.

I've seen a couple of my favorite TV shows suddenly shift darker. I stop watching them. When I tune in for a procedural, that's what I want. When I look for a lighthearted mystery, that's what I want. I don't want the character to go dark and broody and commit crimes that will become unforgivable. I want the promise of the premise to endure.