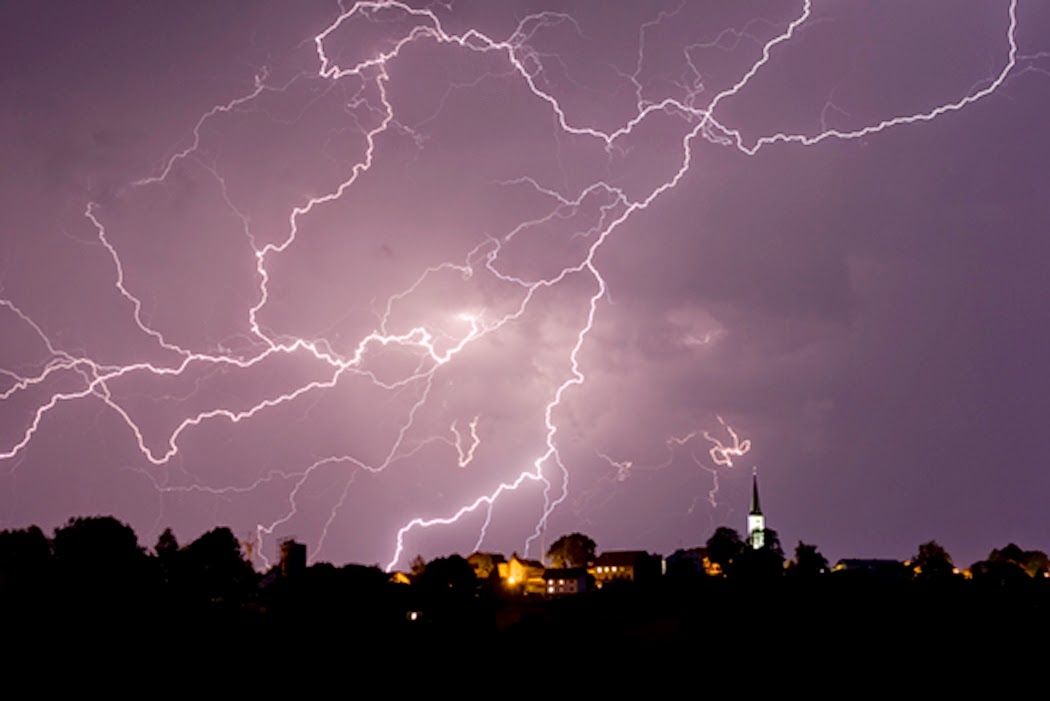 I was disappointed by one of my favorite TV shows lately. It had a 3-episode arc that fizzled for me. The set up was good - a kidnapping. The middle piece was all right, but it felt a little stretched. The final episode was a total let down. By the time the heroes arrived, the captives had almost escaped. That didn't satisfy me as a viewer.

When I see things that don't quite work for me, I like to take them apart to see how I could fix them. For the scenario above, I don't think enough time elapsed for it to be 3 episodes. There were other things going on, and a nice red herring thrown in on top, but still not enough meat for that much time. Although I have to say that the red herring's timing was rather suspect. The viewer was set up to expect one thing and it turns out to have no relation to it. That didn't sit quite right. Unlikely coincidences can work very well, but I don't think this was sorted out well enough.

Part of the problem might be unreasonable expectations of a viewer.  There were equal numbers of captors and captives. It looked like they could have gotten out of the situation any number of ways. But there was a lot of hemming and hawing and passive response that I thought was totally out of character. Plus the action depicted shouldn't have taken the huge time period that took up 3 episodes. It seemed like it should have been only a couple hours, but I think it took days.

The same thing happened in another show. I have been losing interest in this one despite interesting characters. The plots seem boggy. I watched one more episode to see if it had gotten better and saw the same problem - tension stretched so long it lost its power.

In this one the characters go into a battle. One is wounded, another thwarted, a third has to confront the minor monster. He prevails but is mortally wounded...and then they go back to their safe place and talk about how to finish the battle.

They vanquished the minor monster and should have pushed on to attack the big-daddy monster. Instead there's a slo-mo grief scene about the fallen comrade that just felt so off. Then they mill around and say valiant things to one another, swearing to risk their lives for victory. Hmm. Didn't they already say that when they started out at the beginning of the episode? Isn't that the whole point of why they are there in the first place?

So, of course, they get captured by the next minor monster. That just frustrated me beyond words. Mostly because it pivoted around an obvious ploy that I saw coming ten miles out. Sheesh. An obvious ploy needs a little more finesse. Sometimes it can be used to great benefit. To work well, it needs a balance of skepticism.

The good guy is duped into believing he has finally flipped the bad guy. The good guy needs to have strong doubt going into this encounter. Or he needs the sidekick saying "Don't trust him!" In this case it was a moment of tulips and hearts...really? So when he got captured, I didn't feel bad for him. He was an idiot to believe it. But all his cohorts seemed to believe it, too.

And then they all get dragged to the real final battle where they aren't heroes at all, because the minor monster goes sideways and kills the big-daddy monster in a drawn out scene that was telegraphed halfway through the episode.

The lesson I get from this is that tension cannot be stretched indefinitely. I think it was Hitchcock that said something about rollercoasters - the up makes the down more powerful. You need contrast and balance. A humorous scene can revive the viewer/reader from tension-exhaustion.

In the example of the battle, returning to the safe place to talk was misplaced. I think the battle should have advanced at that point. There was no need for an emotional respite after the short battle and death of the comrade. The intensity should have increased before there would be a need for a pause.

Balance and contrast, ups and downs, another set of tools for my writing.

I thought it was time for an update on the girls.

Bertie has grown quite a bit. I can't believe she'll be 2 years old in May. She still tries to help me out. 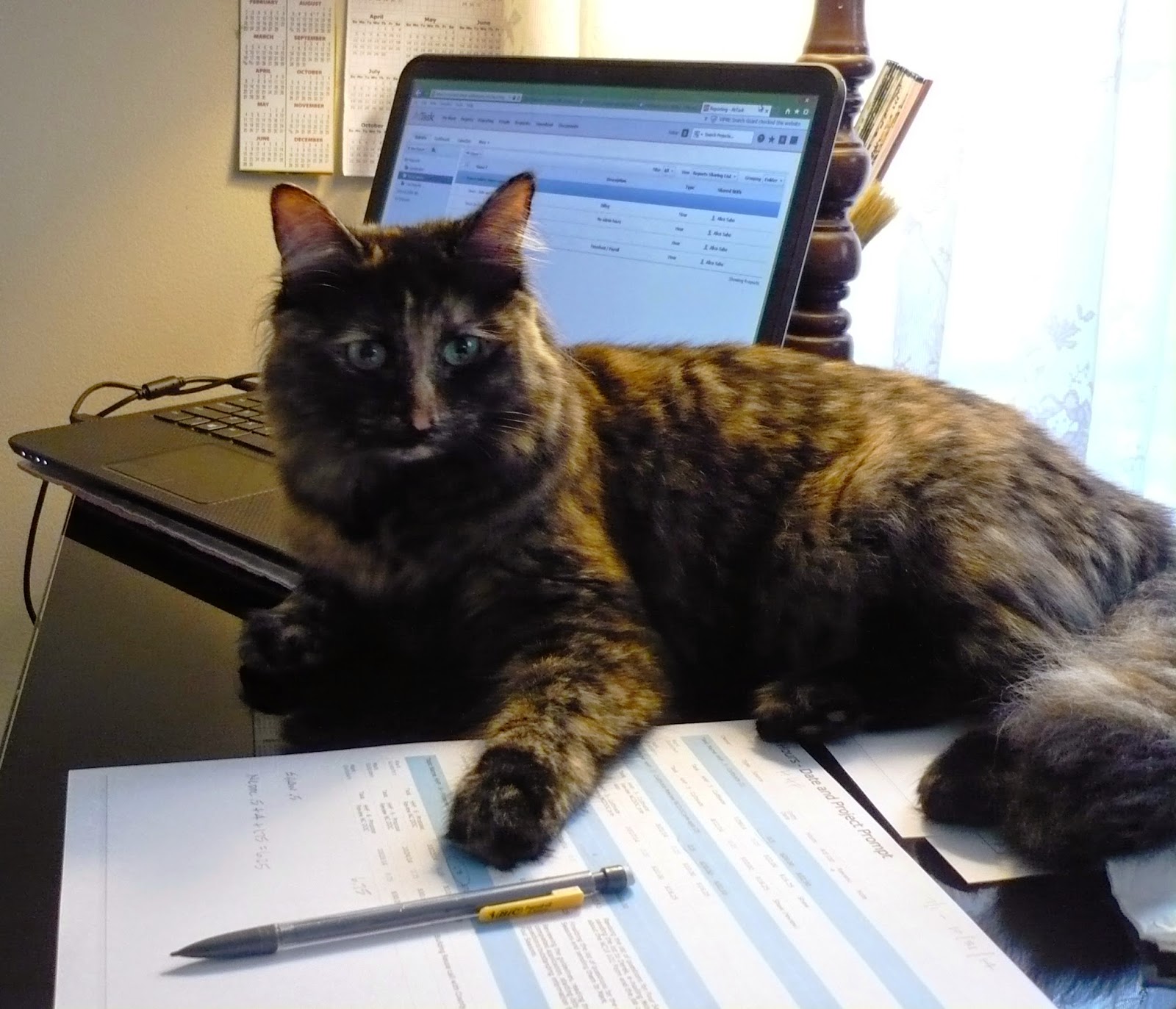 And Mallory tries to do her best, too. 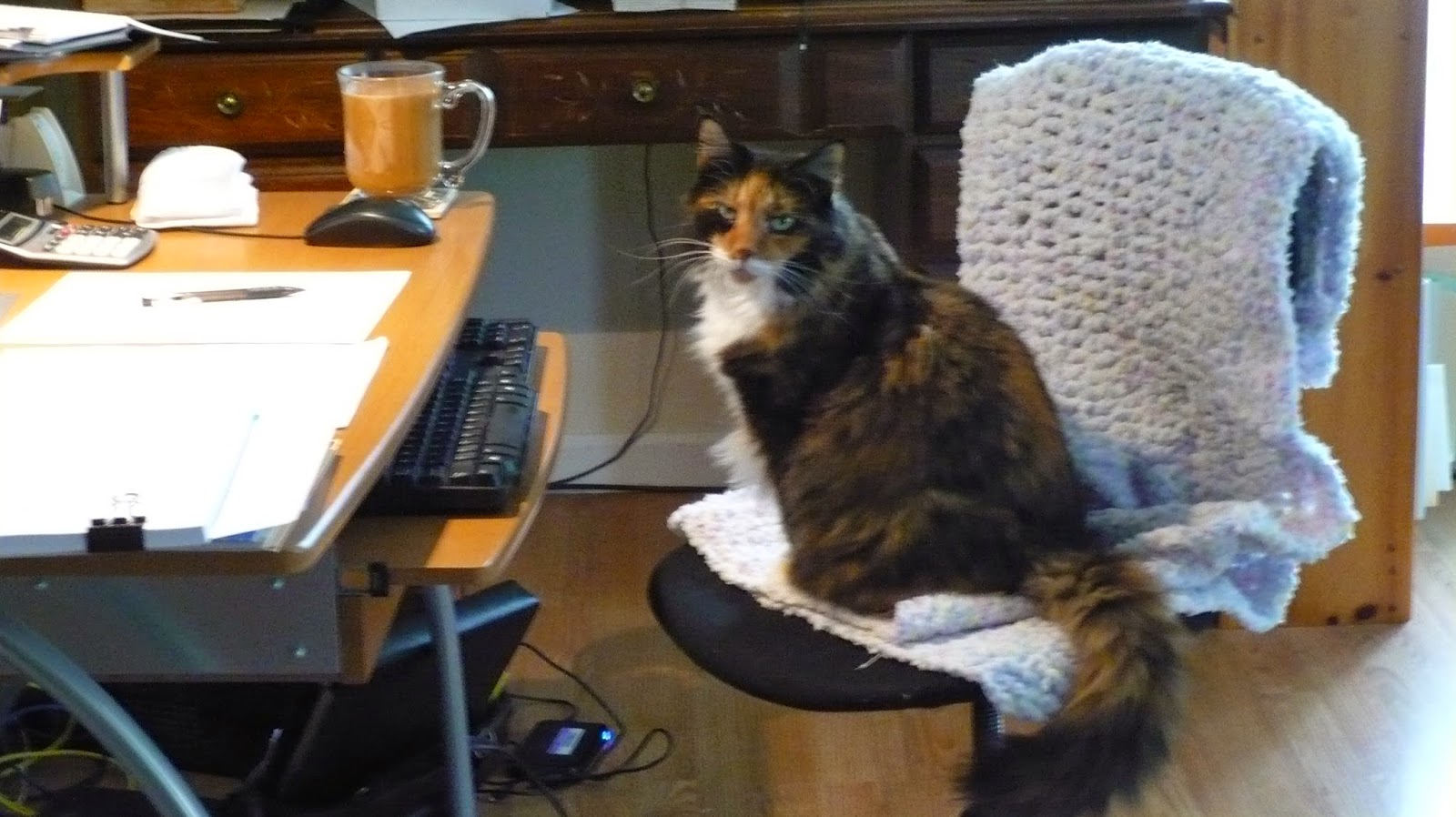 Rascal prefers a box every time. 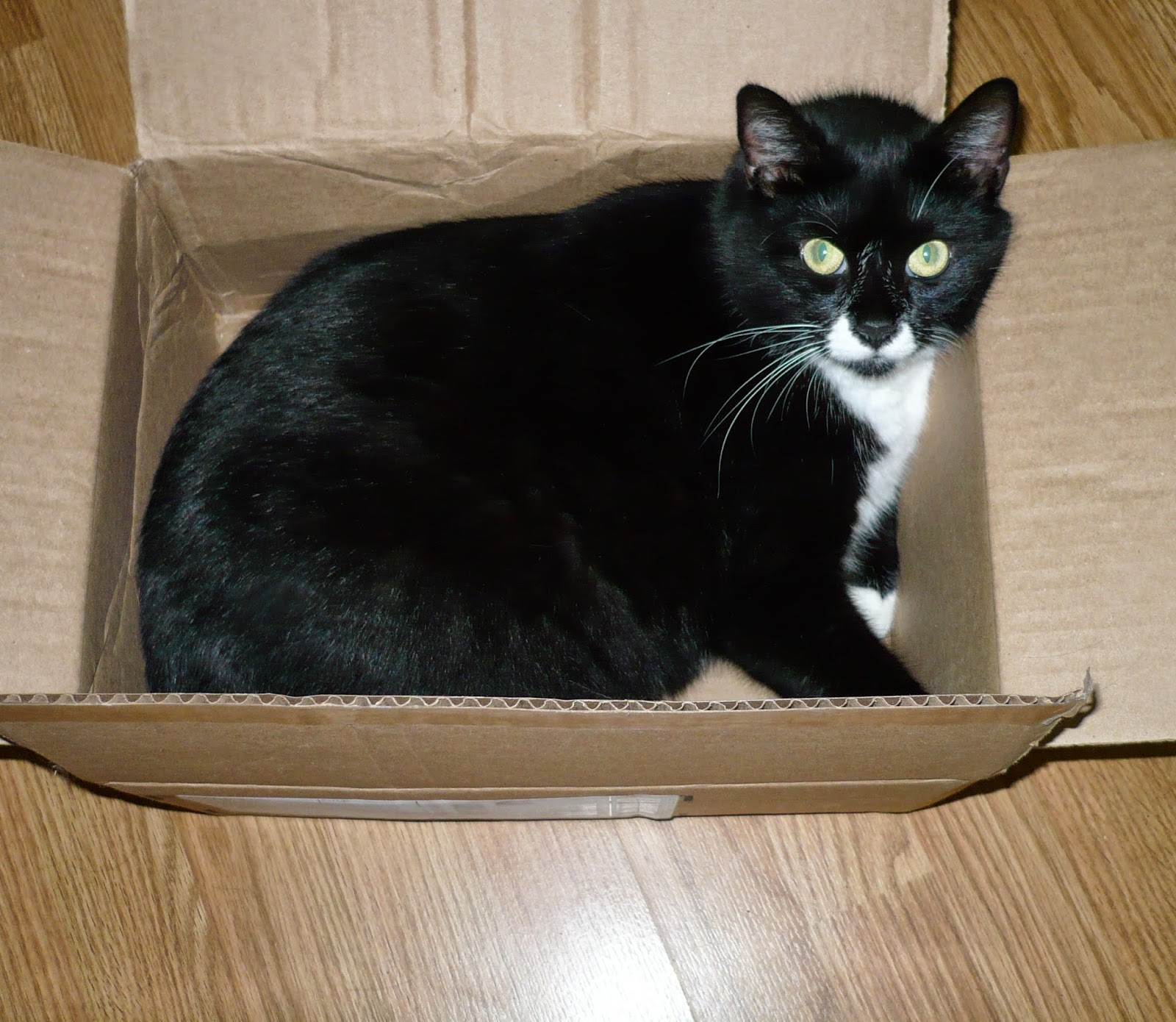 Sometimes it's a tight fit. 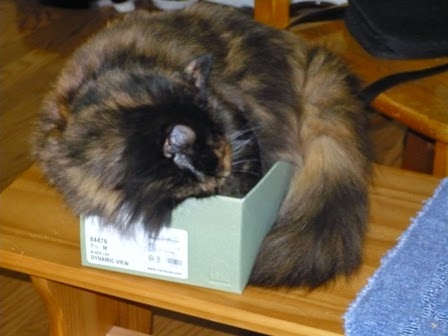 And sometimes you just have to put all four paws in the air. 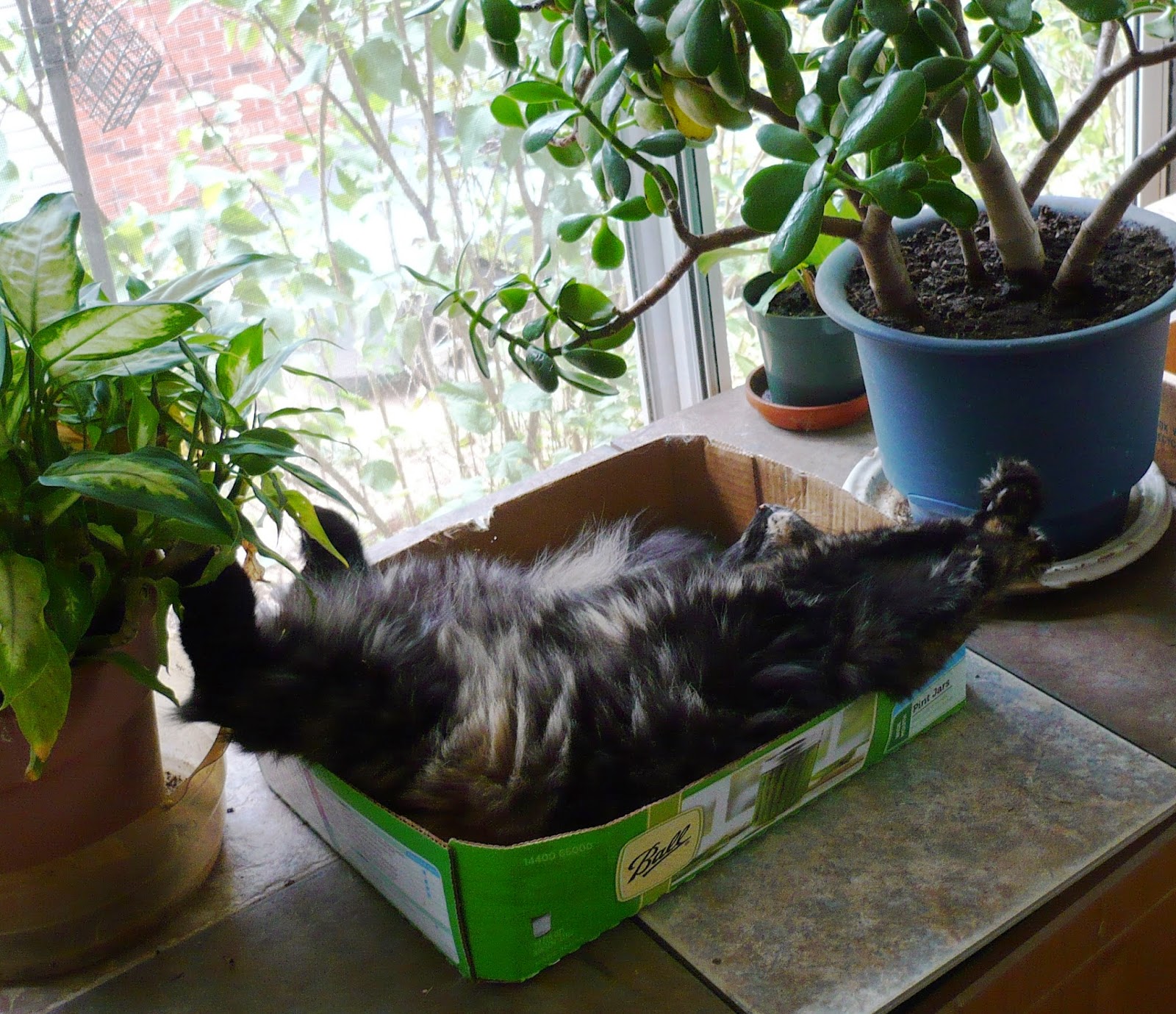 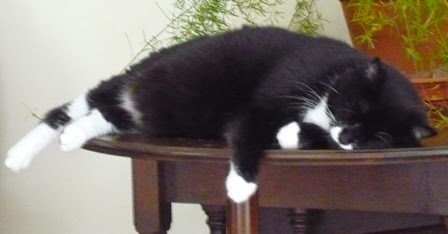 So that's the update on the kitties.
Posted by Alice Sabo at 12:27 PM No comments:

I was reading comments on a blog the other day about productivity. One poster said he was planning to write 5 books in 2015. I wished him luck and said I couldn't do that. First of all, I have a day job, so there goes a bunch of hours for writing. Secondly, what about all the stuff that comes after?

I had put together a schedule for starting Scattered Seeds while Dark Deeds was out to readers. It worked well. But then there was editing and rewriting and formatting. Those are tasks that need to be done by the writer or hired out. I can't afford the hiring out on all of it yet. All that work must be done prior to publishing and none of it increases word count.

I had myself on a very tight schedule for Dark Deeds. The last round of readers ran late. My subsequent rewrite ran even later. I wrapped up the last few loose end and handed it to my editor, who promptly got ill. She offered to try and soldier on, but editing requires a lot of concentration. Being sick destroys concentration.

I had recently met a person who wanted to get into editing. I contacted him and he jumped into action. Whew.

Then I got sick.

A few days later, my new editor emailed me the marked up manuscript and I couldn't even open the attachment. I just stared at the message with a sinking feeling, knowing that my timeline had been shot to hell. I was too sick to work on it.

The only person really disappointed by this is me. I don't have a pile of fans desperately waiting for this book. In fact, I bet very few people even know it's coming out. I can change the publication date and no one will be the wiser. But all of this bumps book #2 out of its timeline, too.

I still have 2 books for my publishing goal for 2015. However, I will plan in a bit more time for whoops, uh-ohs and life in general.
Posted by Alice Sabo at 8:11 AM No comments:

Another fabulous trailer from Alex Storer
Posted by Alice Sabo at 8:23 AM No comments: