High Barrens is now available all over! 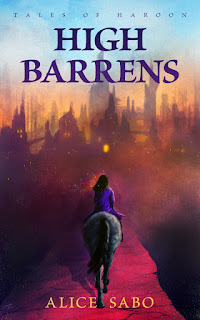 Click here to choose your favorite ebook retailer.
Print is in the works. Should be available in early April.
Posted by Alice Sabo at 12:16 PM No comments:

Email ThisBlogThis!Share to TwitterShare to FacebookShare to Pinterest
Labels: Tales of Haroon 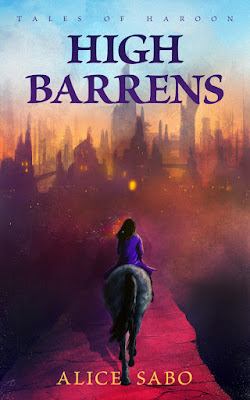 Now available for preorder! Click HERE for your favorite retailer.

I think Alex did a super job on this one. It really holds the flavor of the story. I'd love to hear your comments!
Posted by Alice Sabo at 7:10 AM No comments:

Here is Chapter 1 from High Barrens which will be up for presale next week.

Posted by Alice Sabo at 2:07 PM No comments:

Email ThisBlogThis!Share to TwitterShare to FacebookShare to Pinterest
Labels: Tales of Haroon, WIP 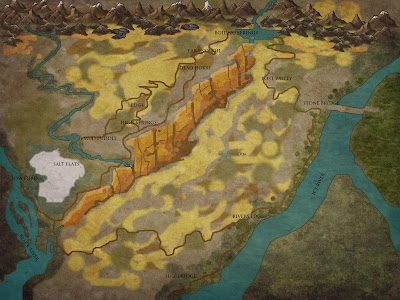 My first attempts at map making. This is probably the 3rd or 4th version.

This is the map of High Barrens in the world of Haroon. This covers most of the journey in the book. 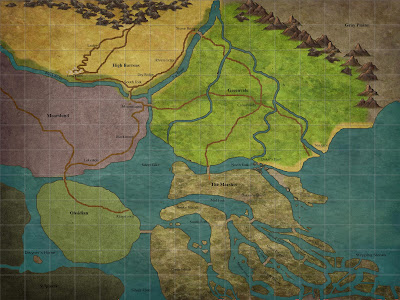 Here's a look at the other countries where a bit of the action takes place. I will be adding these to the website soon.

High Barrens is on track for release on March 29th. It will probably go up for preorder the week before.

As usual, Alex has made a gorgeous cover for it. I'll be doing a cover reveal soon. Stay tuned!
Posted by Alice Sabo at 12:03 PM No comments: