Some Thoughts on Colony (TV - USA)

As a storyteller, I tend to analyze my TV shows in terms of how well they entertain me. When a show feels like it isn't working for me, I like to figure out why. So here are some thoughts on the new show Colony on USA.

After 2 episodes, I get the feeling this show is more about human conflict than alien invasion. That right there I find disappointing. The show starts after aliens have attacked and for some odd reason cordoned off Los Angeles. There's a monster of a wall and access is restricted. So far we haven't seen or heard about the rest of the country.

"No one has seen them." We are told early on about the alien invaders. So they are mysterious but powerful aliens. Again, kind of annoying. It raises so many questions that I can't get into the human conflict that seems to be central to the show. I'm always waiting for more information on the aliens. One persons says that they will leave when their needs are fulfilled. Too vague. This is too important to ignore. Breadcrumbs could work, but more information needs to come forward fast.

There's a human occupation of LA. Soldiers are enforcing a curfew, hunting down criminals and basically terrorizing the general population. There's an underground rebellion that is plotting in the shadows. It all feels a little too Nazis and French Resistance to me, a very old trope that always ends bloody.

If the story is to be about the rebellion and the soldiers, then explain the aliens and let them fall into the background. A solid story about what people do to each other in environments like this could be interesting. However, it isn't something that I would like to watch. I want to know about the aliens. Why did they come to Earth? What do they want? Why LA? What other damage has happened? Why are so many humans collaborating if they've never even seen an alien? What's the end game?

I'd love to hear other impressions from you in the comments.
Posted by Alice Sabo at 10:30 AM No comments:

Update on Facade and Next A Changed World Book

It's back from the 2nd reader. Yay! And there were very few tweaks suggested. Yay again.

I am blending in a bit of business that I forgot to add. It's a species that expresses an obsession common in my family - feeding people.

When you visit any of us you get beverages and snacks before dinner and then desserts and then snacks again after that. I had these little guys in all of the previous versions of the story, but somehow they got left out in this one. When my 1st reader asked about them I realized I needed to include them.

They will play a larger role in subsequent books, but I think the reader needs to be introduced to them right away. They are pervasive in this world.

Once that's ironed out it will go off to the 3rd reader. I am right on my estimated timeline for this book and that feel very good.

The next A Changed World book still doesn't have a working title. I am spending some time with a thesaurus sorting through words. I know what I want it to infer, just not sure how to get there.

The rough outline is coming along. I am about 3/4 done with that.  While brainstorming, I came up with a lot more than I want in this book, so I might already have some stuff for the next one.

I learn so much with each book that the process is starting to have a nice rhythm to it.

As I do my genealogical research I am learning more about language. My father was born in Hungary. Their language is very complicated. I remember reading somewhere that language affects a person's world view. The Magyar language was that of nomads. I discovered when I was there that they had taken some Latin words for certain things like templom for church. It made sense to me that a nomadic people might not have words for things of permanence like buildings.

I was trying to translate some documents when I made another discovery. A lot of Hungarian names mean something. My own last name - szabo - means tailor. Almost all of the names I see in my father's village are either occupations or ethnicity. So there are Millers (Molnar), Carpenters (Acs), Cobblers (Varga), Blacksmiths (Kovacs), Germans (Nemet), Polish (Lengyel), Croatian (Horvat), and Friends (Barat). And of course the usual "son of" - Palfi, Simonfi, etc.

My grandmother's maiden name was Simonyai. I just learned recently that it meant she descended from people who came from Simonya, which is now Partizanske in Slovakia today, but was part of Hungary at one point.

When I wrote the first draft of Facade, (nearly 2 decades ago!) I threw in random names that I made up as I went. That was one of the criticisms I received - the names were too similar. For this rewrite, I took a good look at the names and made certain conventions by planet. If this one has a lot of double vowels, the next one shouldn't, and things of that sort. I already had a certain societal structure to each race so that attaching language restrictions felt right.

Now maybe I need to make some of those names mean something in their own languages. But maybe that's a rabbit hole I really shouldn't go down.

Posted by Alice Sabo at 9:14 AM No comments:

Facade is off to 2nd Reader 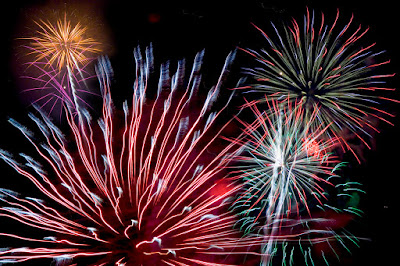 Hooray! The rewrite of Facade is off to the 2nd reader.

The other day, as I was off doing something other than writing, it occurred to me that I was working on my 6th book. Sixth! Sheesh. If you had told me 5 years ago that I would be where I am now, I don't think I would have believed you.

I'm very excited about getting this story off the ground. It has surprised me a little in the way it has changed. Back when I was writing it long hand, I didn't have the foundation of 5 other books under my belt. I didn't have all the lessons learned about how to craft a story.

And while it is being read I will get back to work on the outline of the 3rd book for A Changed World. Still no working title, yet. I had a couple of great ideas for it while I was out for a walk last week. Time to get to work on my 7th book.