For anyone who is interested in learning more about the writing process behind Lethal Seasons, please check this out.

http://upcoming4.me/news/book-news/the-story-behind-lethal-seasons-by-alice-sabo#.VG2v8PogYds.twitter
Posted by Alice Sabo at 7:10 AM No comments:

The Thing About Writing a Series 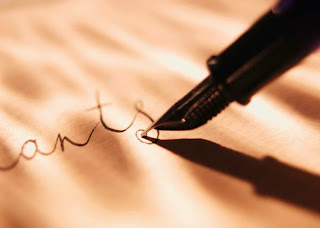 This is my first series. As I get underway with book 2, I am learning a lot about planning. I do keep a "bible" of information about the world, the characters, etc. But there are things that I didn't foresee.

In thinking through a scene for book 2, I realized I already set the seeds in the first book. The published one. Which means that although it isn't set in stone, it's already out there. So I should stick with the initial hint. When I went back through book 1, I found that the seeds were vague enough that I could tweak my new scene in the direction I had hoped to go. Whew!

There are a lot of things that I blithely threw out in book 1 that now restricts what I can do in book 2.

I had a vague overview of how the series would proceed. I see now that I need to get a better handle on that before I write myself into the proverbial corner.

Over the past week I have been doing more world building, off the page. I had to do a lot  of research and translate that into my world. You can find the strangest things on the internet. I've been looking into the structure of government and food production factories and how satellites work. A lot of miscellaneous information that may never get on the page. But I need to know it to make educated extrapolations for the story.

I thought I was stuck. The scenes were rambling along aimlessly. Then I did my research. Now I have a whole new arsenal of ideas for shaping this story. I think my reader will appreciate the time spent away from writing. 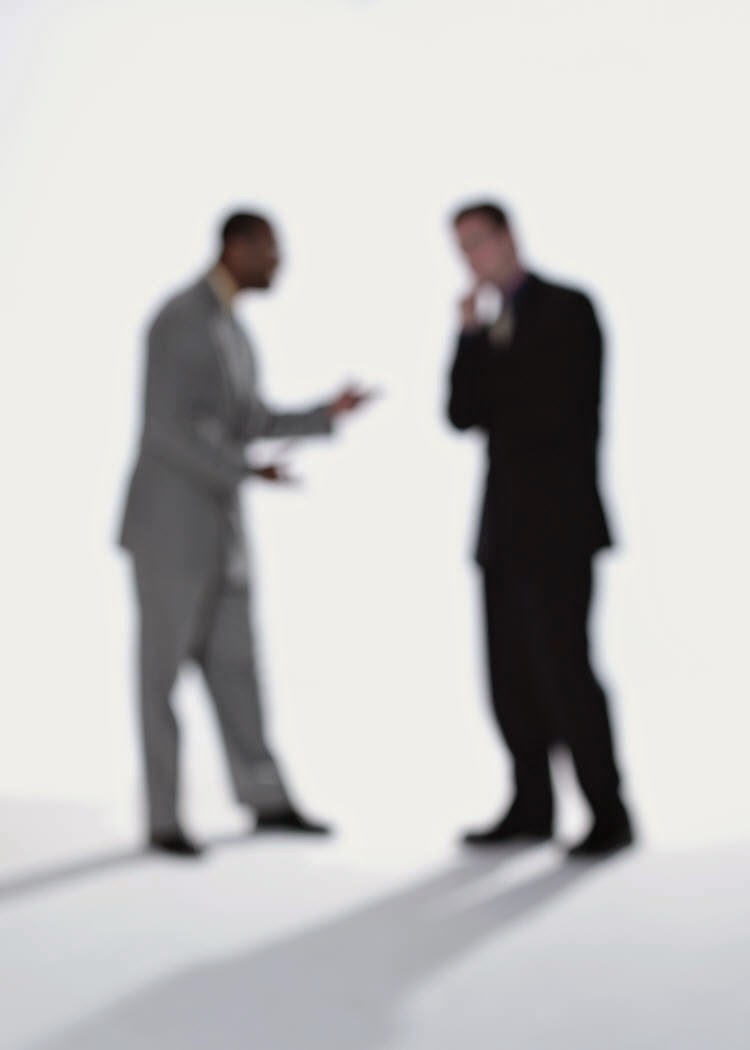 Everyone has a strength - description, tension, humor. I've been told that my dialog is done well. It's something that comes more easily for me than other parts of the story. So I think I am a bit more sensitive to bad dialog.

"Because, Jim, bad dialog is sure to be the death of a story."
"What would you say that, Mary?"
"I have been around the world learning new skills and I know that although I have been gone for 10 years that you have waited for me to return and tell you my story."
"Yes, Mary. It has been a long, sad time here."

1. No one speaks in full sentences. Which sounds more realistic?

"Mike, will you be going out sometime today?"
"I am not sure, Tom. I think I might go out later."

"You going out?" Tom asked.
"Maybe," Mike said with a shrug.

2. Don't leave the emotion out. You can shape a sentence into a tirade or a seduction depending on the person.

3. Don't repeat the character's name. We don't address people by their names in every sentence.

4. Let the reader connect the dots. You don't have to lay out the entire scene in dialog.

"He hit me very hard with a baseball bat and broke my elbow," Tom said angrily.

"He had a baseball bat," Tom growled. He was white with pain, but his eyes burned with anger. "Broke my damn elbow."

5. A little accent goes a long way. And if it's an alien, watch the inverted structure.

"Too backwards as the form is, can be confusing reader it is."

Too much accent makes it hard to read. Bizarre sentence structure slows the pace of the story as the reader has to sort out what's being said. I gave up on a series I was enjoying because the sentence structure of one of the aliens was so odd that I couldn't figure out what it was saying. If that's important to the story, make sure someone is around to interpret.

And most important of all - have fun!
Posted by Alice Sabo at 12:56 PM No comments: 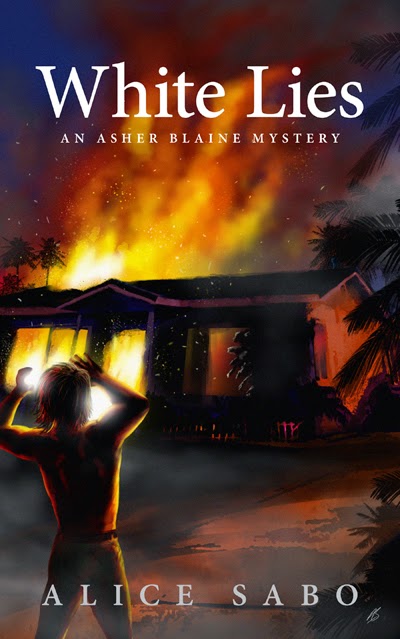 A brand new cover for book 1 in the Asher Blaine Mystery series. Book 2 will be out in January 2015. To get ready for the 2nd book, the price for White Lies will drop to .99 through January.

Check here for a cover reveal for book 2 in December.

I would love to hear how people feel about the new cover in comparison to the old cover. I love it!
Posted by Alice Sabo at 6:55 AM No comments: