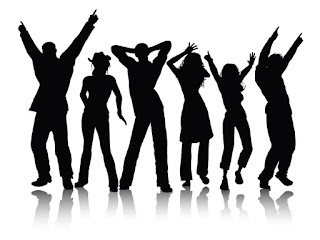 Well, to be honest, you could probably fit all my fans into a good-sized elevator. But I've got some!

After I published Lethal Seasons, I fretted about getting reviews. I did a giveaway that didn't do much. I tried a service that ended up refunding me because no one asked for my book. I was feeling worried despite the handful of good reviews that had shown up.

Reviews are supposed to be part of the big marketing basket for books. Not having very many can be a red flag to readers cruising for a new book. My few reviews were 4 and 5 star, which can also be a red flag. People might think they are all from friends and family. (And I have to admit that I reconnected with a distant cousin when she read my book and realized it was me.)

Somehow I reached the tipping point with the last free promotion. My book became visible. People read it and the reviews started coming in. Woo hoo!

Since then I have gotten a few really lovely emails from readers who loved my book. What can I say about that, other than WOW. It's nice that people like the book, but it really means something when I hear from people who love that world and its characters. It reminds me why I wanted to write in the first place - to share stories with people.

So here's a big THANK YOU to all my fans.

Please remember to vote for Facade! You can go here.
Posted by Alice Sabo at 8:23 AM No comments:

Facade is in Kindle Scout. It needs a boost. Please hop over there are give it a look. If you like it, please nominate it.

In return, you get FREE BOOKS.

What is Kindle Scout?

Facade was accepted into Kindle Scout!

Starting on 3/18/16 you can go here to see a sample of the story. It's a hefty sample - the first 4 chapters. If you like it, please nominate it.

And while you're there, take a look at some of the other books. Each reader gets 3 nominations per month. Any book you nominate, if Kindle Scout chooses to publishes it, means a free copy for you.

Now it's time to get back to Speculations!
Posted by Alice Sabo at 8:47 AM No comments:

Facade will be submitted to Kindle Scout very soon. I am done with edits and slogging thru the formatting now. I thought I should talk a little about what Kindle Scout is.

Essentially Kindle Scout is a site where readers can find brand new ready-to-be-published books. Everything on the site is polished and ready to go. Each book is posted for 30 days. Readers find books that interest them and can access a sample. If you like the sample, you can then nominate the book.

After 30 days, Kindle Scout makes a decision on whether to publish that book or not.

If a book you nominated gets accepted for publication, you get a free copy.

If a book you nominated does not get accepted, you get an email from Kindle Scout letting you know when the author publishes the book.

Once I submit the book, I will be asking people to go over and take a look at it. Nominations help push books into the Hot and Trending category which gives you a little more exposure.

The site requires membership, which is free. If you want to head over to look for good books now, go here: Kindle Scout 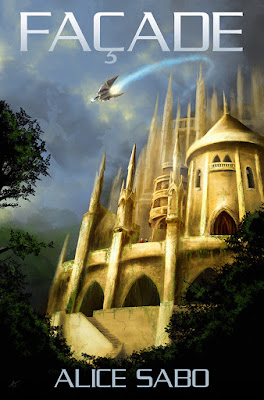 Another fabulous job by Alex Storer! Here is the cover for my new book, a space fantasy. I posted a great little video on Facebook.

Sign up for my newsletter to hear about when this book will be available.