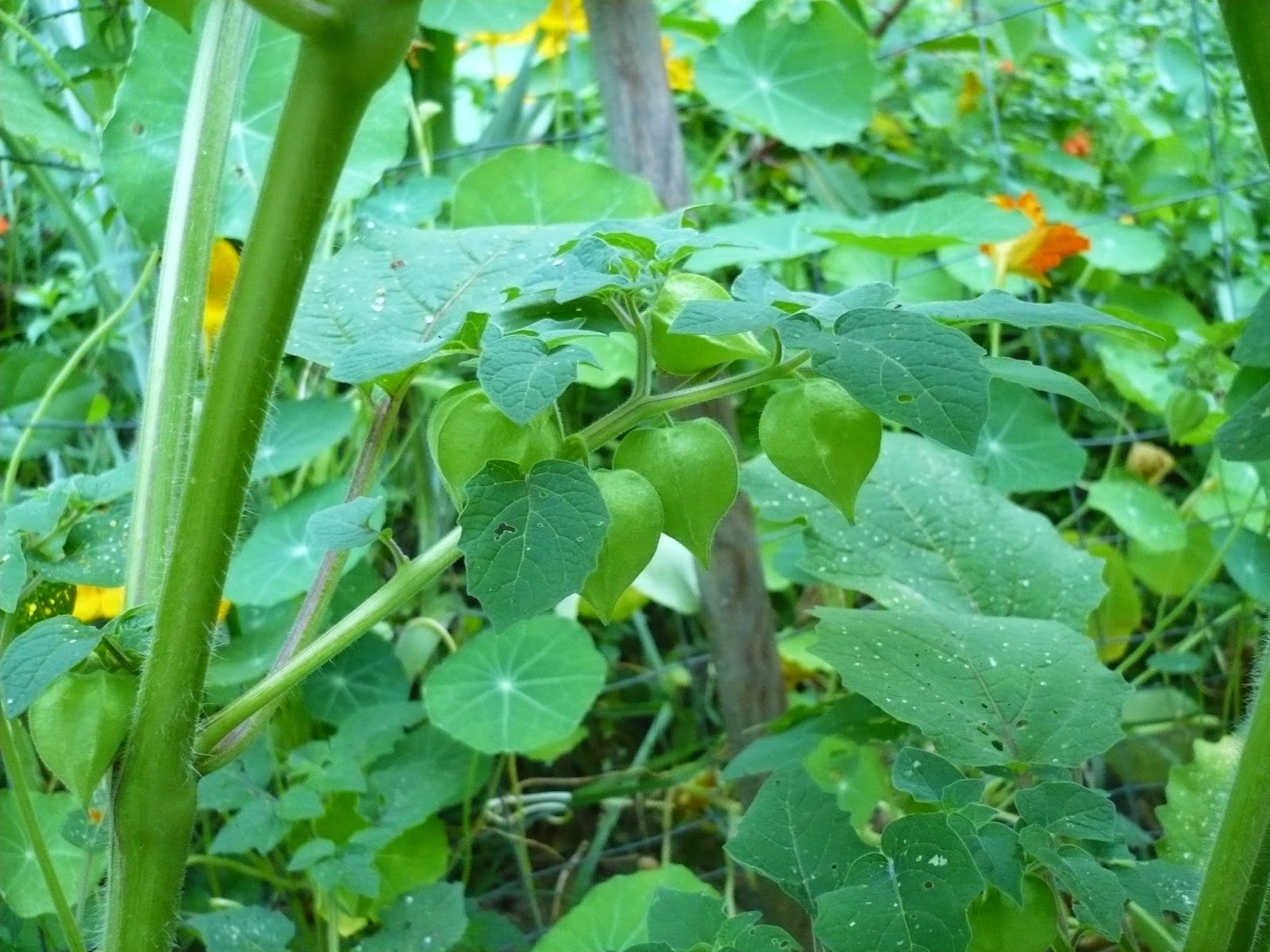 Pineapple tomatillos, also known as husk cherries. They are marble-sized and sweet when fully ripe. These have a slight hint of pineapple to them, hence the name. They are a very prolific plant once they start going. I don't think they like cold weather. They have put on amazing growth in the heat of August.

They are ripe when the husk turns tan and papery. Gotta love a veggie that tells you when it's ripe! I like them in salads for a contrast. They are very good with arugula. I am expecting a bumper crop, so I may need to come up with some other uses - relish? Jam? 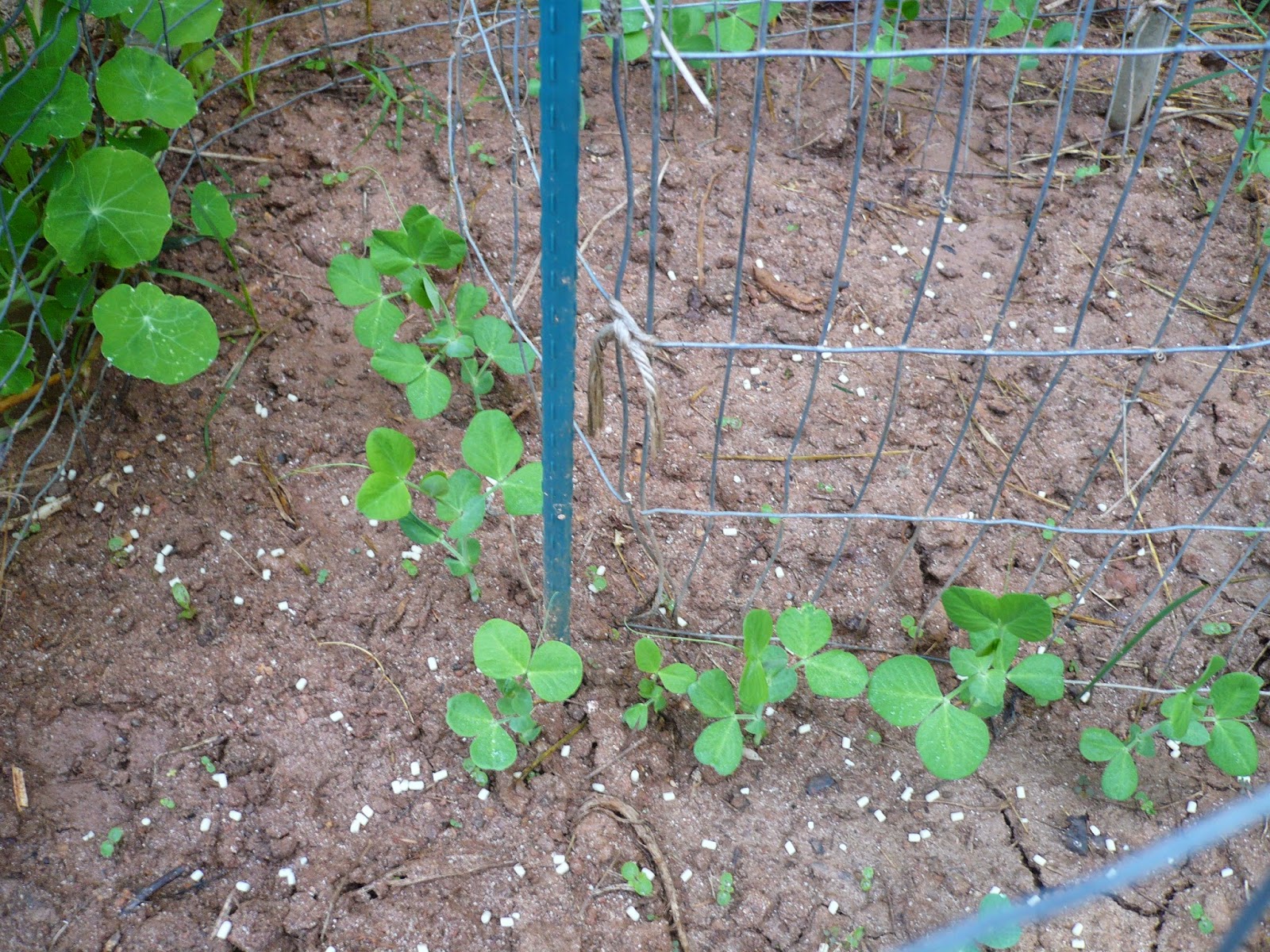 I actually got some seeds in for fall this year. Not easy when the August Ennui hits. Here are some peapods coming up. I have tries peas in the fall, but they never seem to get enough time. Since you can eat peapods at any size, I think I'll have more luck with them. 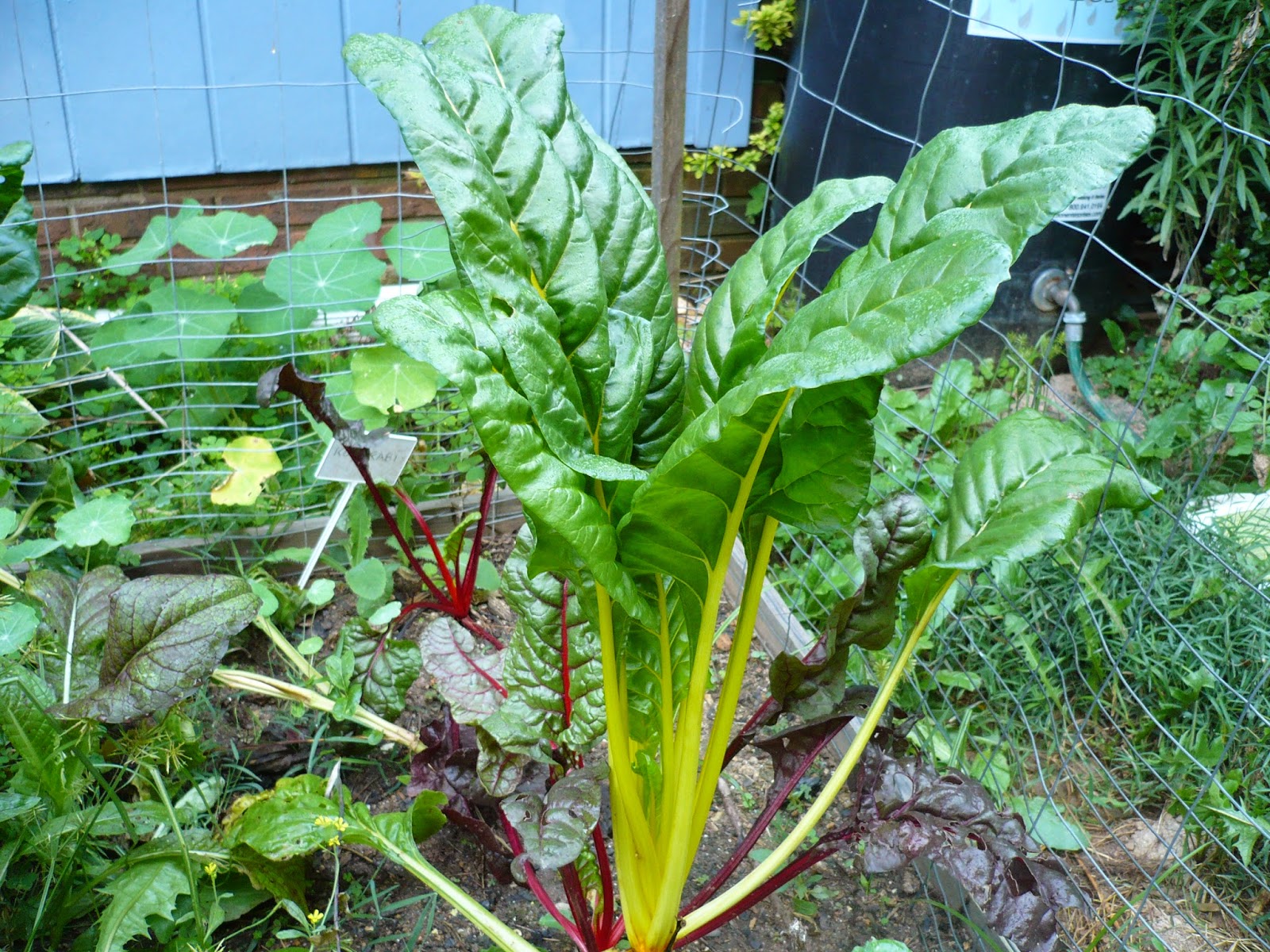 Swiss chard is liking the cooler night temperatures. We've been going down into the 50's lately. Lovely weather for sleeping with the windows open. This struggled for a bit, then got crowded by the red mustard I planted next to it. But it looks like I've finally got a dinner's worth. 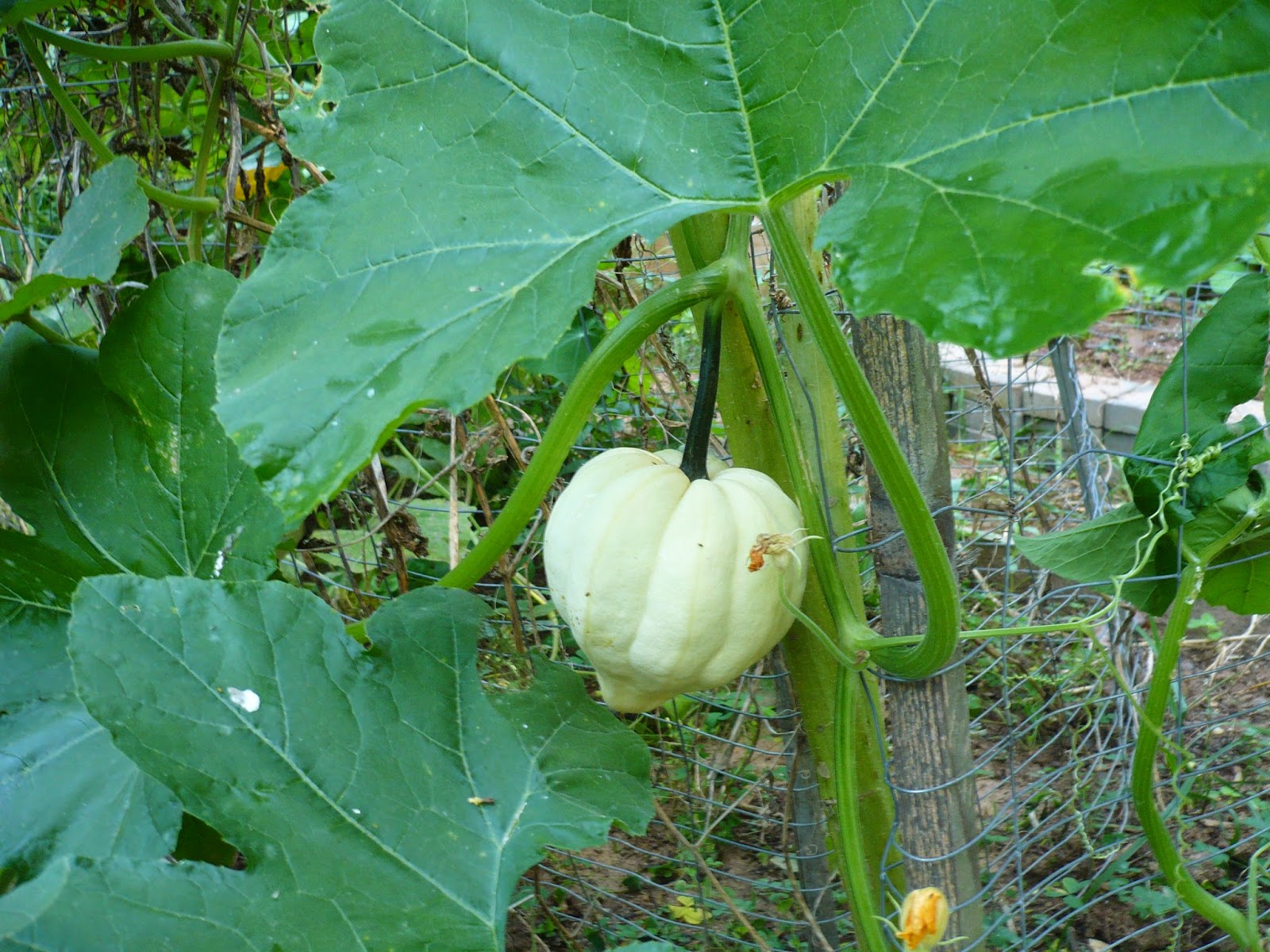 Heirloom squash. This is called Thelma Sanders Sweet Potato, from Sow True Seed. A different winter squash that caught my interest. It struggled a little because the sunflowers I planted at the corners of the bed got huge and shaded the vines. I cut off some of the lower leaves on the sunflower, and that seemed to do the trick. This looks like it's going to be a little larger than I expected!

The goldfinches are back to feast on the sunflowers. I saw a couple Carolina Wrens at the feeder, too. I put some corn out for the squirrels and chipmunk, hoping to deter them from the ripening apples, and got a surprise visitor. Apparently the bunny likes corn too. (And endive. Knew I should have fenced that sooner!)
Posted by Alice Sabo at 10:59 AM No comments:

Big as a Whale, Loud as Thunder 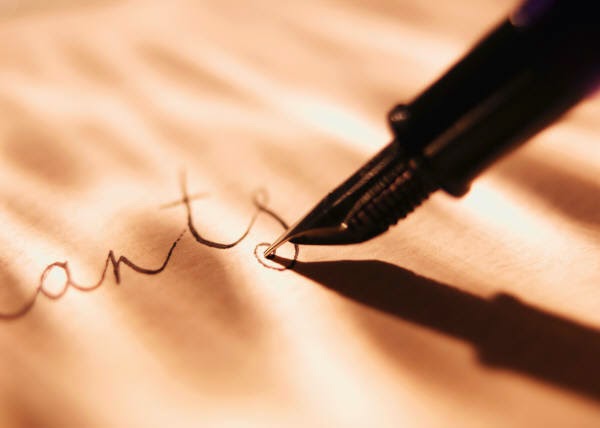 We are told, as writers, to create interesting metaphors and similes. Avoid clichés at all cost. But I think you can go overboard with that.

I just finished reading a novel that used way too many creative metaphors. At one point it threw me out of the story. I wished that the author said "big" or something similar. It felt too forced for all of the excessive descriptions that filled up the scene. I didn't need a metaphor. I was firmly in the world already.

That's the goal. To ground the reader in your world. If you say: "Her thoughts circled like gulls over a trawler." You reinforce a theme of sea, maybe fishing, boats, waves. If that helps remind the reader that your world is a small fishing village, it's icing on the authorial cake. But if it all feels that way:

"Her thoughts circled like gulls over a trawler. The air was colder than the winter sea in an artic blizzard. She staggered like a drunken sailor across the sand that stuck to her shoes like tar balls thrown up in the ever-churning waves." It slows the action. Even worse, it distracts the reader.

Writing is like painting, you need to concentrate on the focal point. If the entire image is equally embellished, the image becomes bland. In art they talk about negative space. The space outside the image that defines it. So you put emphasis on the dew drop on the pear in the still life and let the plate blur slightly. Unless you want to point out the plate. Then you can blur the fruit. But if everything is clamoring for your attention, you see nothing.

In writing, if you emphasize everything, the reader gets confused. I read a chapter from a work in progress that had the life story of a waiter in it. When I asked what relation he had to the story, the answer was - none. So why did I just spend my time learning all about this guy? Didn't push the plot forward, didn't enhance my understanding of the world, didn't affect the main characters at all. It was an odd little vignette that the writer had come up with for no apparent reason.

That's the way I felt about some of the metaphors in the book I read. They distracted more than they informed. In a couple of cases I would have preferred a plan old adjective like big. Sometimes simple is better. 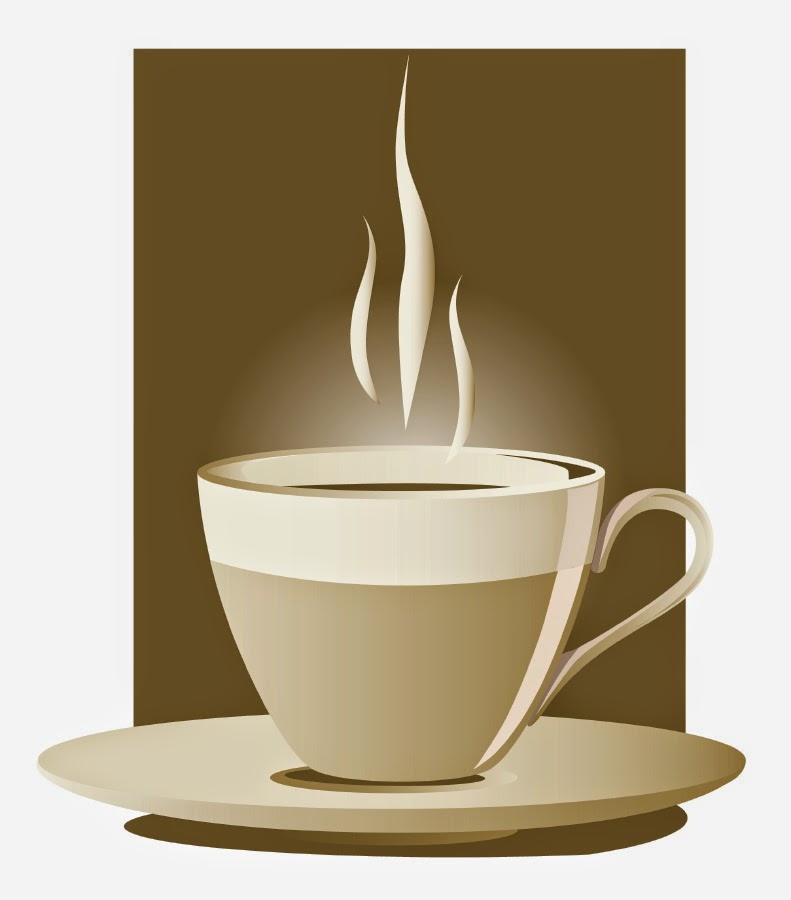 I've learned some important things from people that aren't real.

Captain Kirk taught me to delegate. He never really did anything (other than romance women and posture at aliens) Scotty fix the engines, Sulu get us out of here. Bones take care of him. Spock find a solution. He had people do what they were good at.

When I found myself in a managerial position, I realized I needed to delegate or clone myself. Since the cloning wasn't going to happen, I had to learn to delegate. Then I remembered Kirk.

Assigning work to people that are good at it, and giving them the responsibility to do it well is an art. It takes a long time to learn. And you have to be lucky enough to have the right people for the work you need to have done. I stumbled along for awhile, but I think ultimately I did it well enough.

I actually had an employee tell me - "I can't be held responsible for my actions!" And he wondered why he ended up with all the scut work.

The Shoemaker and the Elves taught me economics. Aside from the elves and the magic, the story boils down to a simple lesson of quality sells. The shoemaker puts out fine materials to work on the next day. The elves deliver a great pair of shoes. He sells the shoes for a profit which he reinvests in more quality materials, from which the elves create more shoes. From one good product a solid business is grown.

The other important side of the story is that his wife makes clothes for the elves. She sees their need (they're naked) and supplies a solution. Recompense for artistry. A symbiotic relationship. They produce for the shoemaker and he takes care of their needs.

Whenever I am starting a new endeavor I think of them. His success was built one pair of shoes at time. One customer at a time. A slow process that builds over years. Sometimes that's frustrating. Sometimes I hope the elves will arrive in the dark of the night.

Lethal Seasons is Out! And a bad review 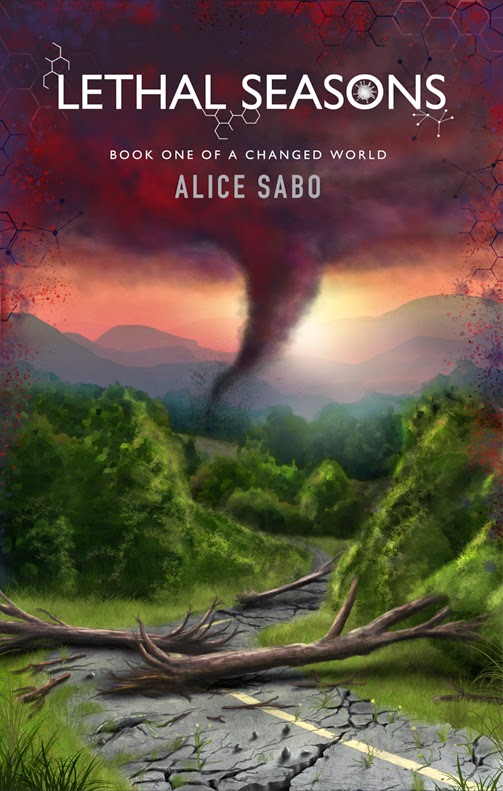 Lethal Seasons is now available in print at  Amazon and in ebook just about everywhere! Smashwords has nearly every ebook format available. For more ebook retailer links, click on the Lethal Seasons page.

My very first review of Lethal Seasons was a bad one. Put me in panic mode. Oh no! What should I do now? The correct answer is: nothing. It's out there. Nothing I can do to change a person's opinion. And the review itself was a bit of a mixed bag, I think the reviewer sort of liked the story but really did not like the characters. Which will totally ruin a story for you.

But then I thought, is this a rite of passage? All my other books have gotten good reviews. Not many, but all good. Which I know will always make readers suspicious. When I see a book with only good reviews I wonder if it's all just friends and family. I feel like I need disclaimers on my reviews - This is a total stranger! Really!

So now I have a bad review. And I am oddly proud of it. I handed out the novel and got honest feedback from someone I never met. Obviously, not my target audience...some of what the reviewer disliked will, hopefully appeal to someone else. I am thankful that the reviewer explained why the book didn't appeal.

Everyone is entitled to an opinion. Reading is very subjective. I created a "shelf" in my Goodreads account called "Not my cup of tea" specifically for books that were well written, but did not appeal to me. I do try to point out why I don't like them so that other readers can decide if those elements are ones they'd enjoy. Tastes vary. As my great-uncle used to say - that's what makes horse racing.

In other news - I ordered my first batch of print books. For all the folks who won the Goodreads Giveaway - thanks for your patience! I hope to have them in hand by next week and in the mail soon after.

And now it's time to get back to work on the next book!
Posted by Alice Sabo at 5:00 AM No comments: