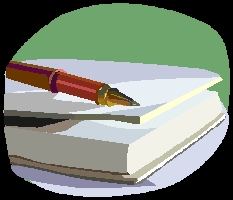 When I write a first draft, I don't worry about word choice or sentence structure. My process is to get all the bones down and flesh them out later. Part of the filling-in is also a taking-away of cliches and over-used words. (Really, just and pretty are my most overused words.) But even then, I am not overly concerned with word usage. Once the story is done, I can do the weeding through and parsing of language.

I have seen a lot of writers ask "How many rewrites?" The correct answer, to me, is: As many as it takes.

Sometimes a story is so flawed that tweaking it just makes it worse. Truth's Enigma is that way for me. The first incarnation was an enormous mess. It had every problem a story can have - too many characters, too many plot lines, no clear arcs. In retrospect, I think I wrote it like a TV show. My characters had various adventures together. That's not the way a novel should be structured. So I whittled away at it. I shifted the POVs, I took out characters and plotlines. The feedback I got from the last incarnation was not favorable. I need to chuck it all and start fresh.

Then there's Unintended Consequences. That was another story that I tweaked over and over. I got very tired of the story, but it still meant something to me. I wanted to fix it. One of its problems was setting. I only had a vague idea of where it was. With that in mind, I started from scratch. I built the setting and let it influence the way the characters grew. The story I will publish doesn't look like the first try, or the various others. I rewrote it many times, but I'm finally pleased with it. My beta readers are, too.

I feel that every story I successfully finish teaches me something new. Truth's Enigma is a huge story in a setting that encompasses a whole galaxy. It will be a series. After the second rewrite, I realized that I might not have the storytelling and writing skills to accomplish it - yet. So I set out to learn new things.

White Lies is a much smaller story. It's a mystery which requires a certain formula. I learned a lot writing it. I went back to Truth's Enigma and did the most recent rewrite which still isn't quite right. So I pulled Unintended Consequences out of the closet. I learned even more writing it. Now I'm working on End of the Lines, a near-future, post-apocalyptical story. And it's teaching me even more. It's a bigger story in a bigger world. If I can get it right, I might be ready to tackle the series.