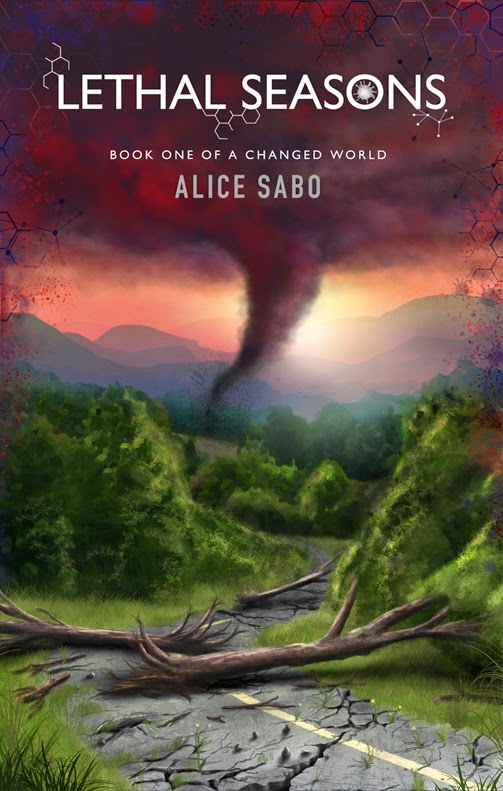 I am very pleased to display this fabulous cover that Alex Storer created for me. When I was first thinking about the cover, I ran across Alex's website. His artwork looked exactly right for this book. Two paintings especially caught my eye. After Hours, because of the mood and energy in it. 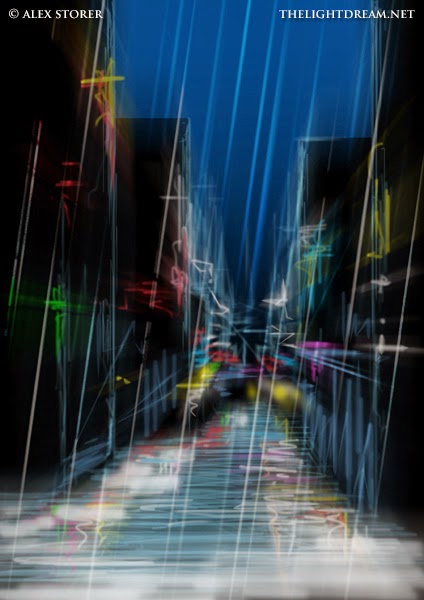 And Hope, because it showed a similar futuristic world. 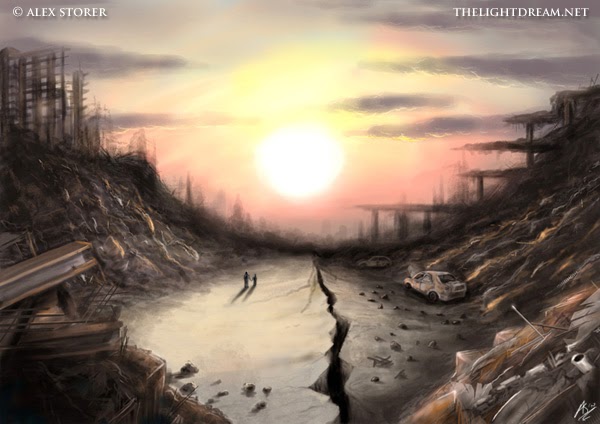 I asked him to stop by and talk about the creative process.

The obvious question when designing a book cover is how can you best represent a story through a single image or design? Fortunately in this case, Alice had a fairly clear idea in her mind of what she wanted, and it was my job to realise this, then refine it.


Being Alice’s first SF novel, part of the task was to present a cover which clearly represents the genre. In addition to the right visual elements, the cover painting also needed a particular atmosphere. Luckily, I got a lot of inspiration out of just the title itself – Lethal Seasons – it has a certain edge to it, and an underlying sense of menace. With this, I knew straight away the sort of lighting and textures I wanted in the painting.


What was essentially a landscape scene ravaged by climate change, needed that extra science fiction slant, somehow integrating or representing the killer virus that lies at the core of the story. We discussed various ideas of how to integrate a DNA helix into the tornado and other means of including viral elements – which is where the idea of framing the image with cells and particles eventually came from. This went through several revisions, before settling on a subtle blend of virus cells and molecules combined with spatters of blood, for a subtle suggestion of the underlying horror of Lethal Seasons.


We felt we reached the right visual approach with this combination – but I also wanted to extend this into the typography, so the title wasn’t merely text sitting over my painting, but an integrated continuation of the design with the broken molecule lattice and other viral elements contaminating the text.


Once the cover was finished, I started working on an idea for a video trailer for the book, using the imagery of the cover set against some of my own music. In the end I composed a new piece of music for it, to better reflect the impending sense of threat and disaster – it wanted to be dark and dramatic, and hopefully something that will draw people in to want to find out more about the book.
Next week I will debut that amazing book trailer that Alex created!