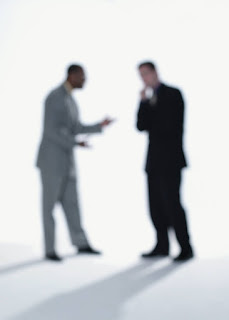 Dialog can kill a book for me. And it can also redeem it.

I was slogging through a story the other day and the dialog made me want to scream. Not only was it stilted and unrealistic, it was boring.

It boiled down to: "Hello my dear mother, I have missed you these 10 years that I have been wandering the world and having many adventures."

First of all, no one speaks that way. Secondly, this is not the place to give the reader that information. Loading a conversation like that can be done, but it has to be handled delicately.

I read a fantasy in a very mannered society and they did speak very formally. But it suited every other aspect of the world. A line like: "Oh, my dear Mother I have missed you." Would have worked because of the way the society was constructed.

The other part that makes it unpalatable is that it is delivered coldly. You can almost hear it in a monotone cadence. You can't tell if the speaker is excited, annoyed, overwhelmed. People never speak in full sentences. They interrupt and go off on tangents.

"Mother!" he said pulling the old woman into his arms.
"Son, you've come back," she sobbed. "After all these years, I feared you were dead."
"Nearly, a time or two," he said with a grim smile, "but my luck has prevailed."

As opposed to:
"Mother," he said calmly, giving her a tight nod.
"You've come back," she replied with a cool tone. "After all these years, I thought you were dead."
"My luck prevailed," he said with a smug smile.


OK, still a little stiff, but you know he's been away a long time and that many things have happened. Almost the same conversation, but very different tones.

The author doesn't need to bludgeon the reader with information. We don't need to know right there that it's been exactly 10 years. All that info needs to be jotted down into your bible so it can come out in appropriate places. It's more enticing to leave a breadcrumb trail not a runway.