Starting on The Monster 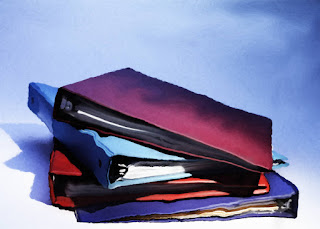 I wrote the first couple pages of the Space Opera!

I call it The Monster because it was my first, badly written, meandering novel with a cast of a thousand. You needed a spreadsheet to remember who was related to who and a map to figure out where people were. But it had a compelling story. Everyone who read it managed to wade through all the unrelated complexities to find out what happened. They encouraged me to keep working on it because they cared about the characters.

What my patient and kind readers didn't say was that I didn't have the skill to handle a story of that magnitude. It was huge in every sense of the word. A real doorstop. And way too complex for a first novel. After three rewrites I finally put it aside. I knew I needed to learn more about story telling first.

Scattered Seeds is my fifth novel and the second in a trilogy. I think I am finally ready to take on The Monster. As I look back through my maps and spreadsheets, I am amazed at the amount of planning already done. I will be able to put that all to good use, once I get things plotted out.

The main problem with The Monster was that I couldn't figure out how to fix it. Not until I critiqued someone else's manuscript. This was a mystery and totally unrelated, but had a similar problem. The writer was telling everyone's story at the same time. That might be an interesting take to experiment with, but it makes for very confusing storytelling. All those layers tend to water down every story making nothing stand out.

In retrospect, I had buried the lead. I was so concerned with how my main characters had gotten to where they were, that the most interesting part of the story was relegated to subplot. As I started thinking about what shape this story should take, I realized I was dreading the build up. And in taking a clear look at what that entailed, I decided it was all unnecessary. Cut to the chase. Yeah, these two guys have a lot of baggage. No, we don't need to know all about that now. In fact, I think that might not surface until book three. And considering the amount of material I have on that, it will take a big book to deal with it all.

I had always envisioned a series for this world. However, I've gotten tired of reading series that take forever to accomplish the goal (I'm looking at you Robert Jordan). I prefer a series like the Dresden Files where something is presented and dealt with in each book with a few elements arcing into others. They aren't truly stand-alones, because each one builds on the previous one. Nor are they cliff hangers for the most part. Another skill to study.

I know that some people won't even start a series until it is fully written. How do you feel about that?
Posted by Alice Sabo at 12:46 PM