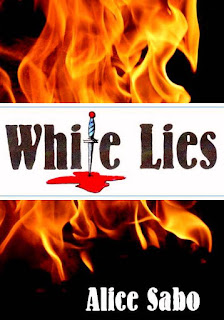 Asher Blaine was an actor with significant star power before destroying his career with drugs. After years of cycling through rehab and relapse, he finally had his epiphany and chose sobriety. While carefully piecing together the ravaged scraps of his life in a quiet suburb of LA he is arrested for murder. The victim, his ex-business manager was shot with a re-fitted prop gun from one of his movies. A coincidence proves his innocence, but subsequent violence casts doubts. Asher realizes he must mend all his burnt bridges a lot soon than he'd planned When he turns to the people he trusted most, he discovers he must convince them not only of his sobriety, but of his determination to stay that way.

A series of calamities raises the stakes and he uncovers a stunning lie from his past. He must track down a man he thought long dead: a man who's been planning Asher's death for years.

Now available on Kindle at Amazon    I published it last night and it is now live! Very exciting.
Posted by Alice Sabo at 8:10 AM

Email ThisBlogThis!Share to TwitterShare to FacebookShare to Pinterest
Labels: Publishing