Sometimes You Need to... 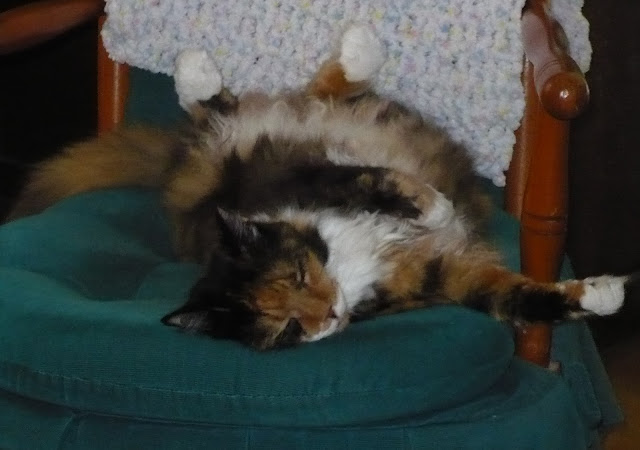 Meanwhile, in the human world...

I've been working on a couple of stories at once this month. Sometimes that happens when I finish a big project. My creativity goes in six different directions. Gleanings is in the middle of line editing, so I'm right on schedule for the October 19 release. Outlining the next book in the Transmutation series went faster than I expected. So I switched gears into a little fantasy story that I've been trying to write for years.

I've dabbled in this world a lot and racked up a bunch of half-finished/half-started stories. I plan to add it to my yearly round-robin of series once I get the other two a bit more established. I started writing this for myself when it was just something fun to fill my time. (Mostly the years I didn't own a TV and pre-internet.) The writing is badly done, but I created an intricate world while I was messing around. That provides me with excellent groundwork to get started.

Sometimes it's really hard to rewrite a story because you are so entrenched in the previous mindset. For Transmutation, I changed the main characters names. That was all I needed to re-envision them, and the story took off from there. The names weren't as crucial in the other work. I wasn't as tied to them. But I needed a jolt to change things up. So I made the main character a woman. In my mind, it had always been a man. And that was what the story needed.

I've started with a prequel novella that may or may not see the light of day. Partly this sets up the character and how she got to where the real story needs to start. And partly it gets me back into this world so I can remember the people and places and magic system and gods and...whew. I really meant it when I said intricate.

Just a reminder that Facade is still 99cents thru Saturday. Grab a copy here.
Posted by Alice Sabo at 11:20 AM